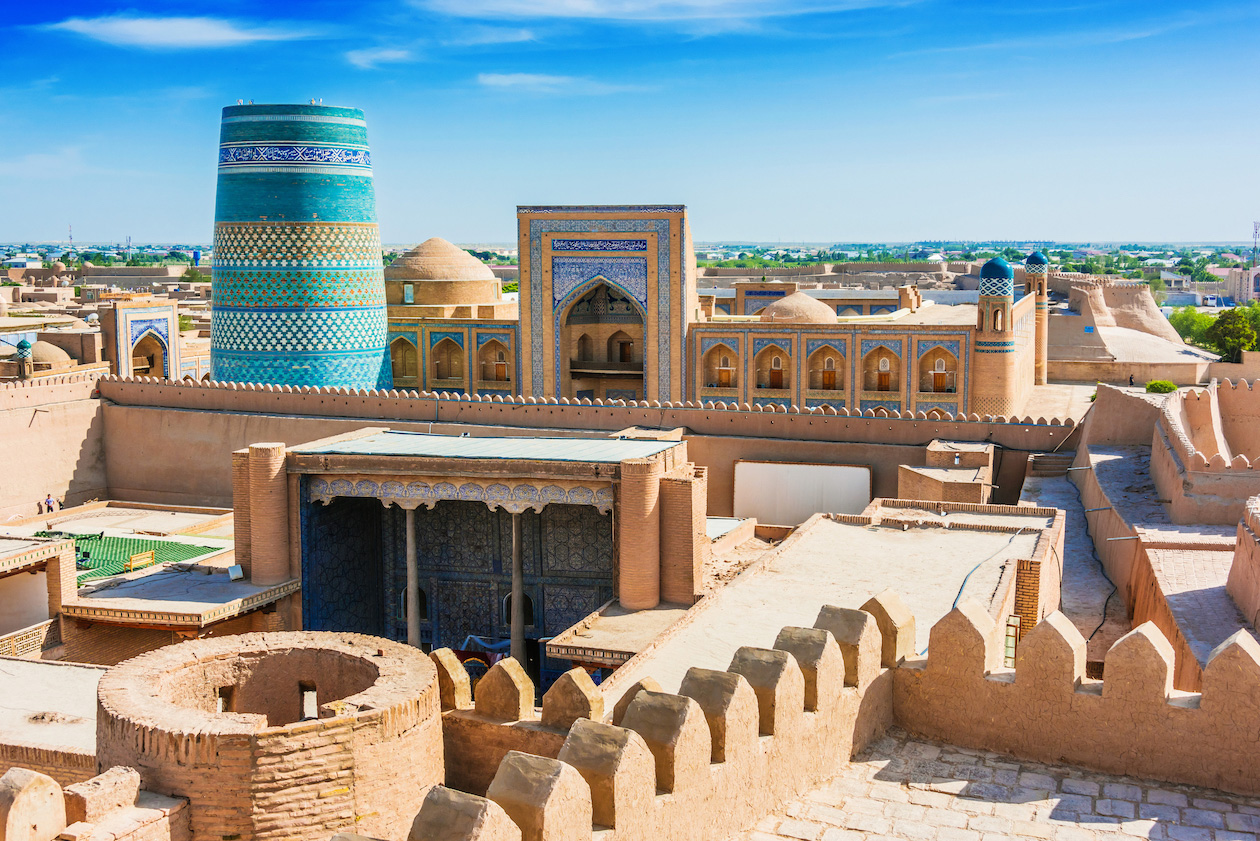 MOSAICS OF THE WORLD: KALTA MINOR

We are in Uzbekistan, a huge patch of desert festooned by high mountain ranges along some of its borders, not only landlocked, but doubly landlocked amid the arid plains of Central Asia. The geography of this relatively off-the-beaten tourist track country would suffice to justify the mystery it evoques in travellers, but history also contributes to the mesmerizing effect it has on visitors. A Republic of the Soviet Union up until 1991, back in time Uzbekistan was also a major spot along the Silk Road, the ancient trade network linking China to the Mediterranean that was formally established during the Han Dinasty in 130 BC and remained in use until as recently as 1453.  Caravans and adventurers would travel the land loaded with precious goods in both directions: horses, saddles, grapevines and grapes, dogs and other animals exotic and domestic, honey, fruit, glassware, woolen blankets, gold, silver, weapons etc. were taken from West to East whereas silk, tea, dyes, precious stones, china, porcelain, spices, bronze, medecine, perfumes, rice, paper or gunpowder, to name just a few examples, would make their way from East to West. The Silk Road had so great an impact on the development of world civilization that it is difficult to imagine the modern world without it.

Three cities in Uzbekistan were part of what is known as the Silk Road Golden Triangle: Samarkanda, Bukhara, and the jewel of the crown, Khiva, an oasis that would become a vital destination for merchants and travellers and also the ambitious objective of invaders of all kinds.

The cultural heritage from those glorious times is impressive: mosques, mausoleums, madrasas, bazaars… Land of legends, it is said that the Mongols, after conquering the land, missed the light of the desert so much that they had many buildings covered in bright tiles that would glitter under the sun and sparkle under the stars. Maybe there is some truth in this. Maybe that is why is has been called the country of the blue domes… Be it as it may, a monument stands out among all of them: Kalta-Minor.

Symbol of the ancient city of Khiva, Kalta-Minor Minaret is famous not only because of its peculiar trunk like shape but also because of its extraordinary decoration made up of glazed tiles and majolica in different colours, mainly white and various hues of blue, which are still as bright and vivid as in 1855. Three horizontal fringes in the central part of the structure have the same width and the one at the very top contains an inscription in Arabic.

All the tiles were created by the best craftsmen of Khiva once it was clear that the structure would remain unfinished, precisely to give an impression of integrity.

In 1855 the Khiva ruler Muhammad Amin Khan, who had ordered the construction of the minaret, was killed in a battle and work was stopped never to be undertaken anew. Hence its name (Kalta-Minor means “short minaret”) because only one third of the projected height, that should have reached 70 or even 110 meters according to different records, was completed, and hence the reason why its shape resembles a huge glazed barrel, since the pointed top is missing.

The project was therefore ambitious. The foundation of the minaret is in fact 15 meters deep, and its diameter at the base is 14,5 meters. These mere figures give an idea of the stability needed once the final construction would have been finished.

Legend has it that Muhammad Amin Khan wanted to be able to see the city of Bukhara, which is 400 kilometres away, from the top of the minaret. But this is not the only story surrounding Kalta-Minor with a halo of mystery. During its construction, people began to murmur close to the minaret. It is said that the powerful ruler ordered the leader Matyakub to be buried alive in the foundation of the tower. Another interesting tale says that the governor of Bukhara at the time learned about the construction of such grand minaret and offered the architect to build a higher one in Bukhara. When Muhammad Amin Khan learned about this arrangement, he decided to kill the unfaithful architect, but he managed to escape, leaving the tower unfinished.

The truth is that, although it has remained unfinished and therefore has never served the purposes it was built for,  Kalta-Minor continues to be one of the main attractions of Central Asia because of its shape, its size and mainly because of its unique decoration and colours that stand out against the adobe buildings surrounding it.